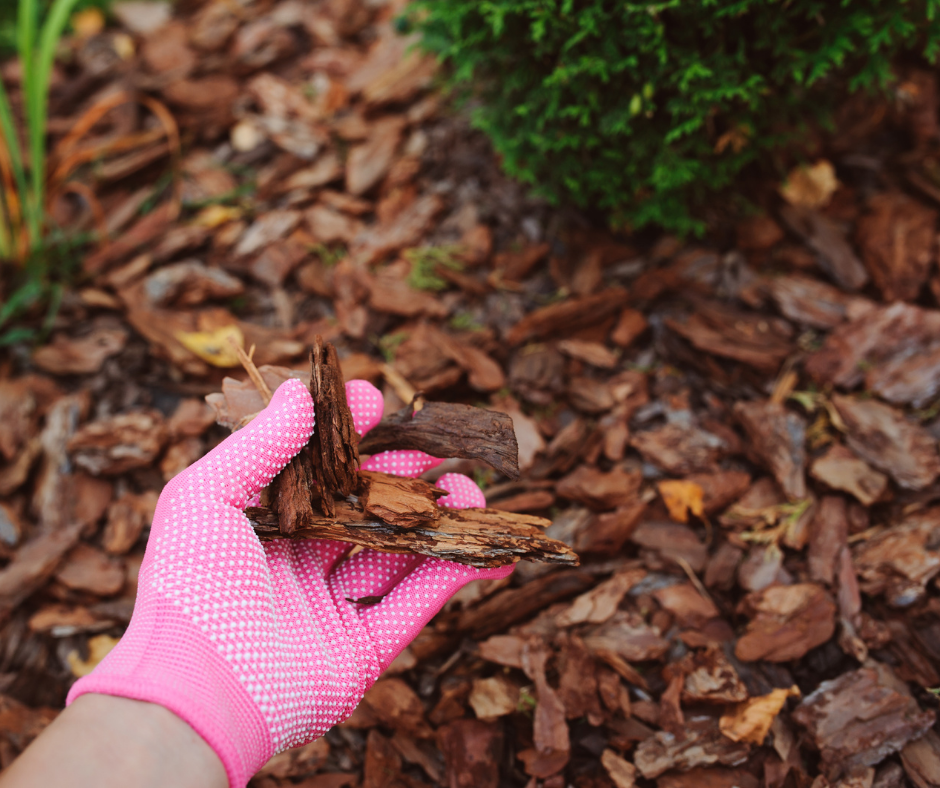 Have you ever wondered why certain mulches break down quicker than others? Sure some are thicker and chunkier than others, proving they’re made from different stuff, but what exactly is going on in our soil?

Soil is the lifeblood of our gardens. If we have healthy, nutrient rich soil that is full of life, then our plants will respond with magnificent growth. 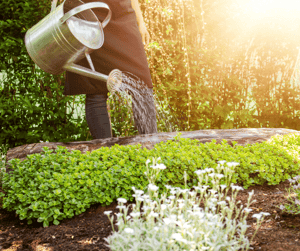 Mulch not only protects our soil and locks in valuable moisture, but it also feeds the soil life in the process of decomposition. As any mulch breaks down, the boundary between the soil surface and the layer of mulch turns into an all-out garden rave, with a carbon and sometimes nitrogen binge occurring. The revellers are bacteria (of all sorts) and fungi, and without these soil would not get the carbon it needs (to improve soil structure), and our plants may not get the full smorgasbord of nutrients they need. You may have guessed by now that mulch contains both carbon and nitrogen (along with small amounts of other essential nutrients).

However, some mulches contain more carbon relative to the amount of nitrogen (sometimes a whole lot more!). If we were to relate the diet of soil bacteria to ours, the high carbon mulches would be like us chewing through 50 stalks of celery (that might take a while!), whereas the mulches with more nitrogen are like chocolate cake (doesn’t hang around too long!).

The straw and hay-like mulches like Sugar Cane, Lucerne and Pea Straw decompose fairly quickly and generally have a good balance of carbon/nitrogen (perfect for bacteria).  Wood chip and bark type mulches like Cypress Pine, Pine Bark and Tea Tree decompose very slowly, and contain a much higher proportion of carbon (perfect for fungi).

The thing with our soil bacteria and fungi though, is that they need both of these elements to keep the party going… not enough carbon and they run out of steam; limited nitrogen and they can’t reproduce to make more bacteria (to keep the cycle going).  Sometimes they get so desperate for nitrogen (remember the chocolate cake?) that they steal some from the soil below.  This can sometimes lead to a nitrogen deficiency for the surrounding plants, but it is always returned to the soil when they die themselves.  In a teaspoon of healthy soil, there is more bacteria than people on earth! 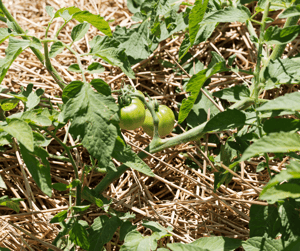 The mulches with a higher amount of carbon (and certain types of carbon) tend to favour fungi, whereas mulches with more nitrogen tend to favour a bacterial feeding frenzy.  Plants respond differently to fungi and bacteria; with vegetables, annuals and many ornamentals having a preference for soil bacteria, while larger trees and shrubs prefer fungi.  This makes sense when you consider all of these plants will naturally produce their own mulch (fallen leaves, branches, spent flowers etc.) if left to accumulate, and the type of carbon contained within will generally favour a certain group of soil micro-organisms (usually a healthy balance of bacteria and fungi).  This is where the plants and soil micro organisms work in collaboration; the plant gives them what they need, in return for the right amount of nutrients and a continual supply of organic matter and carbon for the soil (via chowing down on that mulch you spread!).

So, remember to always choose your mulch based on what type of plants you are growing (and what they like), how often you want to re-mulch and giving your soil-life friends what they crave - carbon and nitrogen.